Gold and silver prices have been declining as the US dollar begins to test multi-year highs. The US dollar is very overbought as investors fear that the US will raise interest rates while other countries continue to print money like the ECB and China.

This rally in the US dollar should not last long as it may be a dead cat bounce before the next downturn.  This may actually be a great time to transfer cash into real assets such as gold and silver bullion, base metals and energy trading at multi year lows. The US deficit is continuing to increase especially as new wars are announced in Europe and the Middle East. The Fed will continue to support inflationary policies and prevent deflations at all costs.  I doubt the US dollar will strengthen for much longer.

Rising deficits and war are usually quite bullish for gold and bearish for the dollar. Silver is already in new four year lows trading below $18. Gold has not yet violated the $1200 mark but may soon bounce off that level. The GDXJ is continuing to hold its 2013 lows.

Meanwhile, the US dollar is strong at new six year highs despite billions of dollars of bailout and quantitative easing. The Fed is running the risk of deflation and may actually be forced into more easing to prevent deflation. The U.S. must pay back its record debts with cheaper dollars. 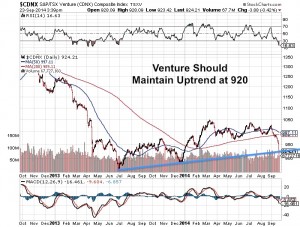 Right now, the bottles of champagne are popping in the US as real estate and equity markets continue to hit new highs. However, the piper must be paid. Don't be surprised to see the Fed eventually make a reverse move to devalue the dollar to pay down debts. Expect more bubbles to pop up not just in 3d printing, but in social media stocks and get rich quick real estate scams.

There is a huge cash position waiting on the sidelines to buy real money such gold and silver especially from China which just announced a new Shanghai Gold Exchange. China is sitting on large amounts of US dollars/bonds and must transfer that into the form of real money.

Look for huge volume and accumulation in gold and silver over the next few weeks and in some high quality junior mining stocks. Negative capitulation followed by strong accumulation could be the indicator that the smart money expects gold and silver to bottom. The question for many is when this will occur. Stay tuned to my premium report for signs of a potential bottom.

Integra recently announced the acquisition of a 2200 tpd mill. With the acquisition Integra has access to the underground infrastructure which is located next to their project. Integra was able to pay pennies on the dollar for this asset as it was in bankruptcy. Integra paid $7.55 million in cash and shares for an asset valued at close to $100 million by some engineering firms. 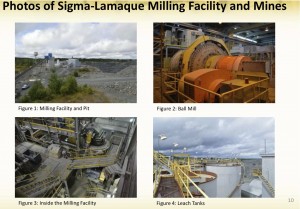 The recent mill acquisition should improve project economics as Integra's costlier plan to toll mill the ore is no longer necessary. With this mill, Integra becomes one of the only junior gold mining companies developing a new high grade gold operation with a permitted mill in one of the richest, stable and lowest cost mining jurisdictions in the world in Val d'Or, Quebec. 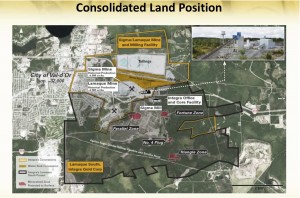 I expect the shares to lead the junior gold market when the sector turns as there are very few advanced high grade economic projects with a mill in a well known stable jurisdictions. Don't forget Osisko received top dollar from the majors Agnico and Yamana. I wouldn't be surprised if Integra Gold (ICG.V or ICGQF) is next. 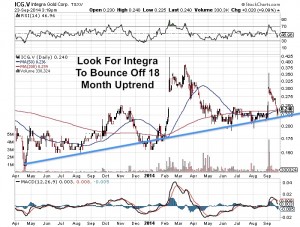 Integra has just come onto the OTCQX under the symbol ICGQF and plans to be active this fourth quarter meeting with retail investors and institutions in the US as they now have a permitted mill. I recently met with management in Denver where they were one of the most talked about companies at the Precious Metals Summit. For many months, I have written that Integra's Lamaque Project could be Quebec's next major gold mine to come into production. With the recent acquisition of the mill, my prediction could be coming closer to reality.

Listen to my recent interview with Integra’s (ICG.V or ICGQF) Stephen De Jong by clicking here. Mr. De Jong continues to prove his ability to finance Integra through periods of weak metal prices and low investor sentiment having raised over $25 million in the past two years.

Disclosure: I am a shareholder and Integra is a website sponsor. Conflicts of interest apply.