It was in the late 1990's when I was just graduating high school that I decided I wanted to go into junior mining.  I remember studying the life of Herbert Hoover who went from being a poor farm kid to President of the United States based on his background in mining exploration.  I studied the history of some of the top American Families and realized it was the shares of natural resource stocks growing exponentially in value that created that generational wealth.

I was blessed to start out in this sector at a major bottom around the turn of the century.  After September 11th and the beginning of the Iraq War gold started an uptrend which lasted 10 years.  It was so easy picking gold stocks, especially if they were US listed and sponsored by institutions.  The explosive market even allowed some of the lower quality juniors to jump higher as the gold price continued to climb.

After multiple quantitative easings in 2010 and soaring sovereign debt levels investors thought inflation could climb to double digits.  Gold and silver soared to $1900 gold and $50 silver.

However, the majority of investors did not predict stocks and real estate to rise with no inflation of commodity, precious metals or food prices yet.  Stocks and housing have soared while commodities and precious metals have based for over 8 years.  The recent cover of a major financial publication was entitled "Inflation is Dead". Its during these psychologically challenging bear markets that a mining investor really has to show if he knows his stuff and can make it through one of the most difficult bear markets of all with a declining gold and silver price and when all the weak hands are shaken out.

Most producers or developers will struggle in these environments unless they make a new high grade discovery.

Notice this year numerous examples in junior mining where despite 90 out of 100 stocks declining, a handful can show incredible relative strength if they are building value finding high grade orebodies in exciting mining jurisdictions. 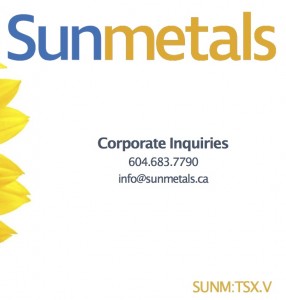 This is a market where you need to stick with the mining explorers telling you where the high grade can be, not the engineers telling you what is wrong with a project at the Feasibility stage after sometimes 100's of millions have been put into the project.  I notice companies announcing these economic studies and they rarely go up after publishing them instead they mostly go down as it usually is a reality wake up call to the market.

You need to know the people behind the company.  This is an area that can be challenging because bad actors weasel into what looks like kosher situations. Make sure to download the filings and reference check the management and directors.  Do they have a track record of making money for their shareholders or are they in it just to get a paycheck to support their high priced lifestyles.  If you see a Chairman and CEO with a track record of major value creation that's a good sign.

One example in this really tough junior mining market which we have been writing about for over a year is one that could have that rags to riches potential as it is what could be classified as a "disruptive discovery".

A "disruptive discovery" is when the consensus of experts thought something couldn't be there.  Its happened in the past with Eskay Creek up in BC which became one of the worlds richest mines and it could be happening now with Sun Metals finding a carbonate replacement deposit in BC which up until this point has never yet been found.

Usually they are found in places like Ecuador and Mexico, not B.C. Canada.  I highlighted this company last summer before drilling hole 421 which was one of the best high grade drill holes in the World last year.

Even after this hole was announced the stock went down as investors were stoned off cannabis stocks.  It wasn't until Teck came in and took 11% of the company, that investors started to realize that Sun Metals may just be getting started into this high grade CRD system. 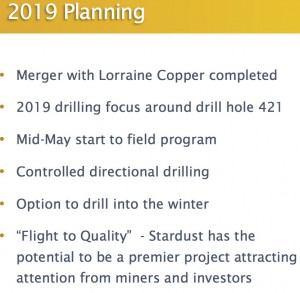 Sun Metals also has cleaned up the structure, consolidated 100% ownership now of the Project and eliminated royalties.

Now watch Sun Metals $SUNM.V $SMTTF this week as they head to the Las Vegas Money Show to tell their story.  I heard they are on a panel with Brien Lundin next week.  Remember these are the same guys who built Fronteer Gold into a billion dollar company in Nevada back in the last cycle.  Some of my smart mining analyst friends think this could even be better?

When Dr. Mark O' Dea and Dr. Peter Megaw who have made fortunes for investors in these type of deposits says this drill hole is a game changer pay attention.  These are some of the best explorers in the mining business.  CEO Steve Robertson was also hugely instrumental in the Red Chris Discovery that Newcrest just bought up in BC.

Sun Metals is bouncing off the 50 DMA in a clear uptrend and could be on the verge of a breakout as they announce the kickoff of the next drilling program which will follow up drill hole 421.  It's going to be an exciting summer and I suggest you reach out to management before the drills start turning to ask the tough questions while you can before the news flow starts.

Its been over two decades since I started investing in the mineral exploration business. During this time I have come to recognize the true leaders in our industry who consistently win for their shareholders.

If you have followed my blog since I started in 2009 you will remember one of my first favorites Fronteer Gold $FRG which I wrote about for years before it was purchased by Newmont for over $2 billion in 2011. That win was huge for my readers and for me personally. In addition it was nice to be recognized and to build my reputation in the mining industry.

I unfortunately didn’t know at the time that would be the end of that gold bull cycle which I rode from the beginning in the early 2000’s. This correction since 2011 for now 8 years has caused many weak companies to go under or move into other fast money sectors like weed or bitcoin for a quick blip.

What is the benefit of these bear markets? Its nature’s way of weeding out many of the low quality management teams and underperforming fund managers. It becomes quite apparent during these corrections the blue chip management teams which consistently reward their shareholders with major buyouts.

Donald McInnes and Mark O’Dea from the Oxygen Group now have sold 5 companies. The one we witnessed firsthand was Fronteer’s Long Canyon in Nevada and I believe we may be onto our second major win with this group which might even be more disruptive than opening the entire eastside of Nevada as Fronteer did back in 2011.

This new discovery made by Oxygen Group’s Sun Metals $SUNM.V $SMTTF last year with drill hole 421 was amazing to me and immediately when I saw the news I shared it with all of you on my website back in November of 2018. It is unheard of to find in Canada a CRD like this with such high grades and size. This could be a disruptive discovery. Drill hole 421 intersected 100M of 5% Copper into the heart of what could be a major mineralized system.

This could be just the start like early stages of Long Canyon but better. There is extremely high grade gold plus high grade base metals.

Carbonate Replacement Deposits (CRD’S) are famous in Mexico where billion of ounces of precious metals have been mined for hundreds of years for a very simple reason. They are huge, simple to mine and they are high grade.

They have precious metals and base metals. Chemistry of the carbonates or limestone minimizes the oxidation so the metallurgy of these systems are simple. CRD’s can be the most profitable mines and have made early stage mining investors a fortune. A lot of Mark O’Dea’s wins have been CRD’s.

Its very rare to find a CRD in Canada which is one of the best places to mine from a geopolitical perspective. That is why Teck $TCK the large NYSE producer who does impeccable due diligence bought into $SUNM.V at a premium. This was a huge vote of confidence in the project.Despite the mining market malaise $SUNM.V Sun Metals is in an uptrend showing great relative strength. Drilling to follow up on the area of drill hole 421 one of the best intersections in Canada for 2018 is starting within weeks.  Listen to my recent interview with Sun Metals $SUNM.V SMTTF CEO Steve Robertson below.

Disclosure:
Author (Jeb Handwerger) owns shares in SUNM.V and they are a featured sponsor company. Sponsors are website advertisers so that means I have been compensated and have a conflict of interest to help boost awareness of this story. The content of this article is for information only. Readers fully understand and agree that nothing contained herein, written by Jeb Handwerger about any company, including but not limited to, commentary, opinions, views, assumptions, reported facts, calculations, etc. is to be considered implicit or explicit investment advice. Nothing contained herein is a recommendation or solicitation to buy or sell any security. Author is not responsible under any circumstances for investment actions taken by the reader. Author has never been, and is not currently, a registered or licensed financial advisor or broker/dealer, investment advisor, stockbroker, trader, money manager, compliance or legal officer, and does not perform market making activities. Author is not directly employed by any company, group, organization, party or person. The shares of these companies are highly speculative, not suitable for all investors. Readers understand and agree that investments in small cap stocks can result in a 100% loss of invested funds. It is assumed and agreed upon by readers that they will consult with their own licensed / registered financial advisors before making investment decisions. Readers understand and agree that they must conduct their own due diligence above and beyond reading this article. Author is not responsible for any perceived, or actual, errors including, but not limited to, commentary, opinions, views, assumptions, reported facts & financial calculations, or for the completeness of this article or future content.