Markets are soaring following the Fiscal Cliff deal reached recently in Washington which continues to raise the debt and kick the can down the road.  It is just what we expected a conciliatory deal that will delay the inevitable for a few months.

Immediately, after the bill was passed by the House, Obama went back on his multi-million vacation to Hawaii after signing an executive order to increase pay for Washington politicians.

The U.S. government is broke, yet the politicians are living “la dolce vita” on the tab of the minority of Americans who actually work and pay taxes.

One of the highlights of the new deal is an extension of the costly unemployment benefits.  Maybe if the extensions were done away with more Americans would actually get back to work? 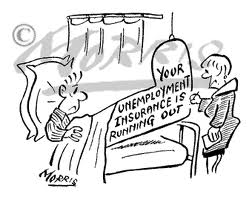 The World will begin to wise up and realize that precious metals and miners may be the safest place to be as the U.S. is rapidly losing its status as an economic juggernaut.

The dollar and treasuries are reversing lower and may hit critical new lows.  Investors are selling the dollar and U.S. bonds for risk on assets such as commodities and equities. 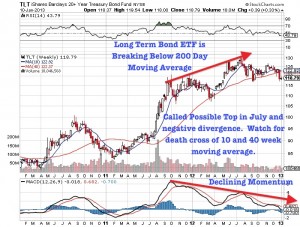 The long term bond etf (TLT) is breaking below the 200 day moving average. We called the top this summer.  See article titled, "A Major Turning Point For Gold, Silver and U.S. Treasuries".

We may be in the beginning of a hyper-inflationary rally.  There is plenty of cash on the sidelines who may be seeking alternatives in the form of the undervalued commodities and miners especially as the dollar is forming a bearish head and shoulders formation and the Canadian Venture is breaking out above the 50 day moving average. 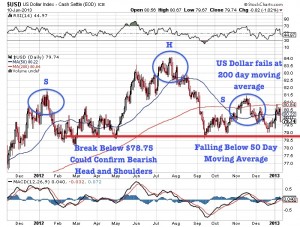 The bill to avert the Fiscal Cliff did not include any meaningful cuts to entitlements, while taxes went up significantly.  This does not sound like ingredients for an economic recovery.  Do not be surprised with rising interest rates if the inflated housing and financial market to turn down.

Instead, we would use this rally to sell overvalued U.S. equities especially U.S. banks and housing and diversify into the undervalued miners who appear to be bottoming and making positive technical reversals. 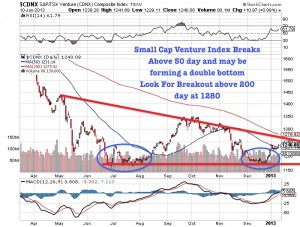 China appears to be in much stronger economic shape as easy fiat money is flowing into these growing economies.  The Chinese Yuan and Equities are soaring these past six months since QE3 to infinity was announced at Jackson Hole.  Chinese exports are strong despite a strong yuan which means China may be in the early stages of a powerful rally.

Admittedly the resource sectors have not performed up to par with gold, silver and general equities for the past two years.  Investors have chosen assets such as U.S. bonds, housing and financials as purported safe havens while precious metals, commodities and miners have been beaten down.

We believe this is a counter trend corrective move in a commodity 20 year uptrend supercycle artificially manipulated to shakeout investors from hard assets to enter toxic instruments such as the U.S. dollar, housing and debt.

We may be emerging from a 22 month base.   Long term corrections last about 18 months so we are way overdue for a reversal.  This is bargain time for mining investors with long term horizons such as the Asians.

The time now should be used to accumulate some of the greatest natural resource assets on discount.  Expect large institutions and funds to continue to enter this small sector as the dollar turns lower.

Governments all around the world are flooding the markets with cheap fiat currency to artificially boost moribund economies.  They are not cutting entitlements like they should be doing.  Instead, they are raising taxes and inflating their way out of debt which may hurt any meaningful long term economic growth.

Precious metals will continue to grow increasingly valuable over the next few years as Asia has already begun to diversify away from treasuries and U.S. dollars and increase purchases of gold.

Central Banks in Asia have been buying gold and large sovereign funds, billionaires and mining companies are looking to acquire undervalued mining assets.  Stick with the smart money, rather than following the herd chasing after the latest fads.

We will be speaking at the Vancouver Resource Investment Conference on January 21st, 2013 at 1PM.  Register for the conference for free by clicking here... and watch the video below.  This January conference is one of the biggest resource conferences of the year.