Could Wellgreen Platinum be the Next Stillwater Mining?

Since the second half of 2012, I have been bullish on platinum and palladium (PGM).  I have focussed on a North American producer Stillwater Mining (SWC) and a junior developer Wellgreen Platinum (WGPLF) in the Yukon.  Labor strikes in South Africa combined with economic sanctions on Russia could spark a renewed interest in North American PGM production. 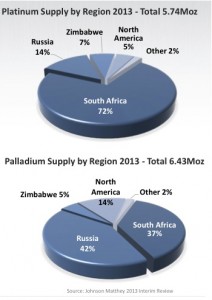 Remember South Africa, Russia and Zimbabwe are the world's largest supplier of this valuable metal and all these jurisdictions are extremely volatile right now.   South Africa is the leading platinum producer and Russia is the world’s leading palladium exporter.

Both these metals are outperforming in 2014 and the rally could just be beginning because demand for these metals are rising annually.  PGM's are both a monetary metal as well as an industrial metal used in catalytic converters to reduce noxious emissions. 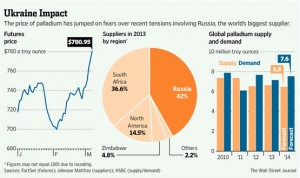 Palladium is outperforming platinum and gold breaking through the $850 mark and platinum is also breaing.  Watch nickel which exploded from the $6 area to over $9.50.

The three reasons nickel is soaring in price is because Indonesia the largest nickel producer announced an export ban, Russia a large nickel producer has economic sanctions against it and existing producers such as Vale are announcing production problems.  We have already seen nice gains in Royal Nickel (RNX) and Stillwater Mining (SWC) which have already made doubles and triples.

The breakout move in nickel, palladium and platinum is just beginning and incredibly Wellgreen Platinum (WGPLF), which is highly leveraged to all three of these metals is sitting with a market cap below $50 million.  Wellgreen has not yet participated with the rally in nickel and palladium, but that could change soon as they just announced a new resource estimate which shows the massive size of this deposit.

Wellgreen released news that they have an updated resource with 5.5 million oz. of Platinum, Palladium and Gold in the Measured and Indicated category and 13.8 million oz in the inferred.  The new management and technical team is coming through for shareholders.  Despite the low share price Wellgreen is proving to be a massive PGM and Nickel asset with a lot of growth potential as it is open down dip and along trend.  Despite being able to purchase Wellgreen near major lows the company has been able to increase the Measured and Indicated Resource to 330 million tonnes from 14 million tonnes.  Wellgreen doubled the inferred resource making it one of the largest known PGM projects in the world.

Not only did Wellgreen expand the resources but they improved the grade which could positively impact the upcoming Preliminary Economic Assessment (PEA).  I am quite excited for the upcoming PEA which should be published in the next two months.  Wellgreen recently raised close to $7 million in June.  This demonstrates the institutional interest in PGM and nickel development projects in North America.

This mine has billion dollar potential to be one of the top five mines producing PGM's and Nickel in North America and could compete with Stillwater one day.

The management team is technically excellent and just announced drill results which showed that some of best mineralization is at the edge of the deposit.  The company will be doing step out testing in 2014 as well as advancing metallurgy, engineering and economic modeling for an updated Preliminary Economic Assessment scheduled to be published in the next two months. 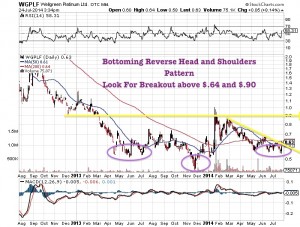 Greg Johnson, CEO of Wellgreen Platinum (WG.V or WGPLF) has over 25 years of experience in the development of large scale projects in the mining industry and has been involved in raising over $650 million in financing for 3 different public companies. As co-founder and executive at NovaGold for 12 years, Mr. Johnson was part of the team that grew the market cap from $50-million to more than $2-billion and oversaw the growth of the resource base to over 30 million ounces of gold in 3 world class projects.

Disclosure: Author/Interviewer Owns Wellgreen and the company is a website sponsor.
Be aware of any conflict of interests. Please do your own due diligence.  This is not a solicitation to buy or sell stock.  For entertainment purposes only.