For months  I highlighted that the low valuations in the junior resource space will attract large miners especially in the platinum and palladium (PGM) space which has a huge supply demand imbalance.  This past week Antofagasta offered $.45 per share for junior miner Duluth Metals Twin Metals Ni-PGM deposit in Minnesota.

The Twin Metals Deposit is similar to Wellgreen's (WG.V or WGPLF) as they are large PGM deposits in North America.  Dundee put out a research note after the transaction which showed if Wellgreen was bought out at the same valuation as Duluth it would be priced at $1.85 share.  Today's price in the mid fifty cent range is quite cheap especially as we see the growing interest in Platinum and Palladium sources outside South Africa. 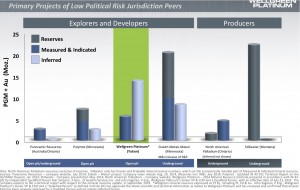 For many reasons I chose the Wellgreen asset over the Duluth asset.  I had some concerns about permitting for Duluth whereas the Yukon is much more mining friendly.  Wellgreen has much more exposure to nickel and PGM's compared to Duluth and a much lower potential Capex.  Wellgreen should be considered at these cheap levels especially in light of the recent Antofogasta purchase of Duluth.

I wouldn't be surprised if Polymet, Stillwater and First Quantum are taking a look at Wellgreen especially as it has a lower capex.  The upcoming PEA could be a huge catalyst to bring the project recognition in the eyes of the majors.  They will be able to compare it to the recent benchmark of the Duluth transaction. 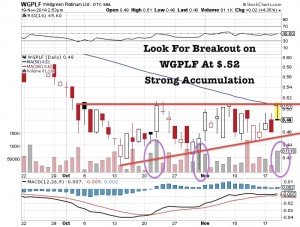 Wellgreen's total in situ metal is over 19 million ounces of PGM's and Gold in the open pit constrained resource.  The overhang on the stock from previous management could soon be over and the new PEA could be quite exciting.

See my recent interview with Wellgreen Platinum (WG.V or WGPLF) CEO Greg Johnson by clicking on the following link:

Disclosure: I own Wellgreen Platinum and they are a website sponsor.