Resource Sector Should Heat Up with M&A in 2014

The resource sector is heating up with merger and acquisition activity as I predicted only a few weeks ago in this recent article.  When the herd was ignoring our sector I positioned my readers ahead of the curve and called it a rare holiday bargain sale.

Now only a few weeks later the resource sector is leading the market as evidenced by the outperformance of the TSX Venture Index over the Dow Jones Industrial Average and rise above its 200 day moving average.   A huge influx of money has been rotating from the overvalued blue chips, social media, bank and real estate sectors into the junior mining resource stocks.  This chart below shows that the Venture Dow Ratio is breaking out above the 200 day for the first time in three years.  Look for a bullish golden crossover of the 10 and 40 week moving average for a confirmation of the bottom. 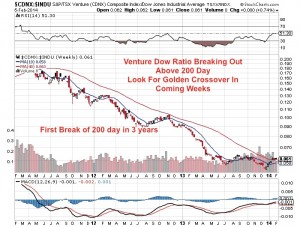 Goldcorp (GG) is launching a hostile takeover for Osisko Mining (OSK.TO) for $2.6 billion. Goldcorp is going after Malartic low grade-bulk tonnage Malartic Gold Mine.  If Goldcorp is buying a low grade, high production asset then they probably think gold prices are headed significantly higher unlike the pundits on the TV.

I just came back from the Vancouver Resource Investment Conference where I witnessed several consultants or reps from large mining companies looking for opportunities in the juniors.

As I told you in this recent article, smart money may be entering the uranium sector for several weeks as well.  Remember keep a close eye on the sector bellwethers such as Areva (ARVCF) and Cameco (CCJ).  Areva has outperformed in 2013 and I indicated Cameco should play catch up soon in 2014. 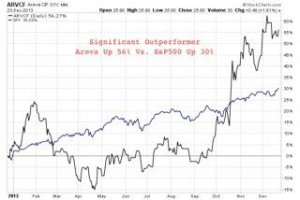 Now Cameco is making a bullish golden crossover and technical breakout.  China, India and The Middle East are all regions with increasing energy demand because of improving living standards.  Cameco says annual uranium consumption will rise 30% over the next 8 years.  Don't be surprised if Cameco or Areva or Rio makes moves in the junior uranium mining sector.

Japan turning nuclear reactors back on, the expiration of the Russian HEU Agreement and the mothballing of uranium production all over the world due to record low spot prices could be the fuel for an explosive price spike and a major upturn in acquisitions of high quality assets in the hands of junior uranium miners. 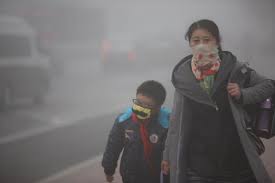 The Chinese and the Indians can no longer live with debilitating smog.  Look for major funds to buy or invest in world class uranium projects this year as the recovery from Fukushima continues.

Enter center stage Laramide Resources (LAM.TO or LMRXF) who owns the Westmoreland Project in Queensland, Australia.  This is probably one of the few world class projects in Australia that could come into production in control of a junior miner on the North American exchanges. 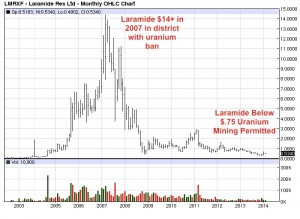 When Laramide brings Westmoreland into production it could be one of the largest producers in Australia.  Laramide could provide Asian nations and India with a stable, secure supply of uranium and not be dependent on Kazakhstan as the Westmoreland project is one of the largest uranium deposits in the hands of a junior resource miner.  The asset has a NI 43-101 resource of over 50 million pounds near surface.  The project was previously owned by Rio Tinto who did a lot of metallurgical and exploratory work on the project. 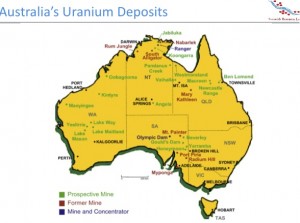 In addition, to the world class Westmoreland Project, Laramide has U.S. assets in New Mexico and Utah.   The recent acquisition by Energy Fuels of Denison's U.S. assets and Strathmore may bode well for Laramide as interest is picking up for these properties. 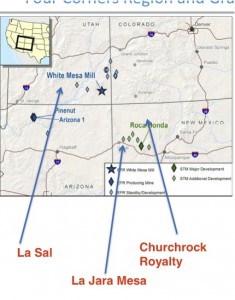 I expect to hear positive developments and news coming out of both Laramide’s Westmoreland and U.S. assets.  The recovery of the uranium miners and the spot price could boost the value in Laramide which is trading at almost half of it book value.  Look for a breakout above its 200 day moving average at $.55.

I have been doing my homework on this story for several months and mining investors in the industry think highly of the management team.  The CEO Marc Henderson has been in the mining business for over 25 years.  He has a track record of some major wins such as selling Aquiline Resources to Pan American Silver and acquiring the Delores Property for MineFinders which was also bought out by Pan American for $1.5 billion.

Marc has been buying Laramide shares which tells us he believes the stock is headed higher.  Laramide may just beginning to break a three year downtrend and could be a big winner as the uranium sector comes back.  Listen to my recent interview with Laramide CEO Marc Henderson below.

Disclosure:Author owns LAM and they are a website sponsor.