Why This European Uranium Miner Is Turning Higher

Although we did see Germany and Japan temporarily back away from nuclear following Fukushima, we are seeing a continuation of the trend towards nuclear power development in Europe, China, Japan and beyond.  Governments are realizing that the future of nuclear is a vital component for modern industrial nations as it is clean, efficient and the safest source of electricity.  Dependance on costly, carbon producing energy sources can’t sustain countries if they want to compete. 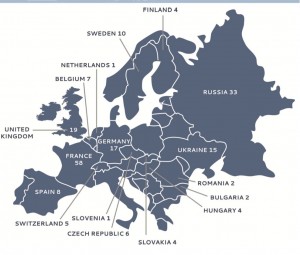 Europe only has one operating mine in the Czech Republic despite being the largest per capita consumer of uranium.  This means they have very little domestic supply in the continent.  European Uranium's (EUU.V or EUUNF) Kuriskova Project in Slovakia may help fill that shortfall as demand continues to pick up.

This past 2012 was a major year for European Uranium, which we have been following for many months.  This company has shown incredible growth.

Early in the year the company attracted AREVA as a major shareholder and published an independent third party NI 43-101 Pre-feasibility Study.  The study showed that their Kuriskova project could be one of the world's lowest cash cost uranium producers. 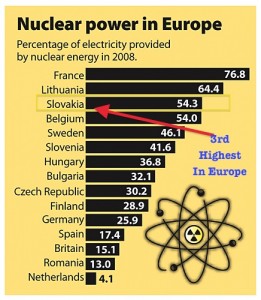 In addition, the project could use best available engineering technologies to build underground and produce minimal environmental impact.

This mine could make a major positive impact for Slovakia.  About 25% of production from this mine could meet Slovakia's energy needs.  Slovakia gets close to 60% of its power from nuclear. 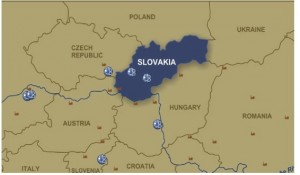 European Uranium just announced a major milestone and signed a Memorandum of Understanding (MOU) with the Slovakian Ministry Of Economy acknowledging that the Kuriskova Uranium Project is a major strategic resource for the country's energy future and that they will work together to advance this project.  Click here for link to press release.

Check out my recent interview below with European Uranium's CEO Dusty Nicol.

Dorian L. (Dusty) Nicol, EUU's President and CEO said, "The signing of this Memorandum of Understanding with the Slovak Ministry of Economy represents a significant milestone in our advancement of the Kuriskova project. We are confident that our ongoing Feasibility Study and Environmental Impact Assessment will demonstrate that the project can be permitted and developed in a sustainable way for the benefit of Slovakia's energy security and the economy of the Kosice region in eastern Slovakia. We will continue to advance the project in a way that aligns the interests of EUU's shareholders with those of the Slovak Republic and of eastern Slovakia".

2013 should be an exciting year as they advance the feasibility study and continue to build support in the local community and country of Slovakia.  This company is making great strides to be the next major uranium producer on the European Continent. 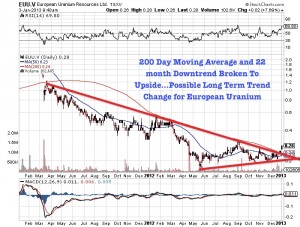 The long term downtrend and 200 day moving average has been broken to the upside after basing since May.  A possible long term trend change could be occurring.  The technical chart reflects the fundamental changes in the company.  Developing a relationship with both AREVA and the Slovakian Government has been critical in the development of this world class project.  We look forward to developments in 2013.

Only a fraction of my research is published on my free website. Get timely analysis on precious metals, uranium and rare earths by signing up for my premium service by clicking here...  Not sure yet?  Take a free 30 day trial no questions asked by clicking here...

We will be speaking at the Vancouver Resource Investment Conference on January 21st, 2013 at 1PM.  Register for the conference for free by clicking here... and watch the video below.  This January conference is one of the biggest resource conferences of the year.