Since our October 4th, 2011 buy alert, oil and industrial metals have
outperformed, equities, treasuries and precious metals. The global
printing of money at the end of 2011 is beginning to cause a flight into
risk on assets as investors are realizing paper currencies are losing
value. 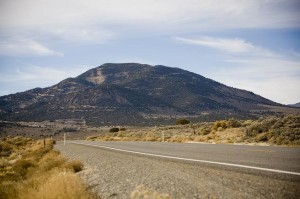 This should definitely benefit some of our undervalued industrial miners
such as General Moly with world class assets. We originally highlighted
this company on our blog in early 2009, long before the Hanlong Group from
China took a major interest.  Click here to see our original posting...

General Moly should begin construction on its world class Mt. Hope
molybdenum mine in mining friendly Nevada later this year. Mt. Hope is
considered one of the largest and highest grade moly mines in the world.

Many major institutions such as Posco, Hanlong, Arcelor Mittal and Sojitz
have done their due diligence in this asset and are confident investing
taking a long term approach. This provides General Moly with strong
financial backers from Korea and China.

In this interview with Bruce Hansen, CEO of General Moly, we discuss the
long term robust moly market and why Mt. Hope will play a key role as China
becomes a net importer of molybdenum.

Disclosure: Long GMO.  Please do your own due diligence before investing in any stock.