Gold is consolidating after hitting a two week high.  Investors are witnessing renewed strength in precious metals after the Fed announced the expansion of Operation Twist until at least the end of the year.

Similarly, gold and silver have been recently moving higher based on the Eurozone stocks breathing a sigh of relief as the summit came up with a purported solution to reduce funding costs particularly for Italy and Spain worth a $149 billion.  This may stimulate the Eurozone in addition precious metal investors appear to be optimistic as the European Central Bank and the People's Bank of China concurrently will ease interest rates to stimulate global growth in the depressed Eurozone which is experiencing record unemployment.  So optimism is returning to Europe while the U.S. which has heretofore been a safe haven is beginning to show signs that unemployment may be lurking higher.

We will be hearing about U.S. jobs data on Friday.  Weaker numbers going into the election could once again restart discussion of QE3.  A possible coordinated stimulus by the ECB and China could be a catalyst for fund managers and traders returning from their 4th of July Holiday vacation.

This week should be quiet but next week could be exciting especially if we witness a coordinated effort to stave off a pandemic meltdown before the 2012 US presidential election. 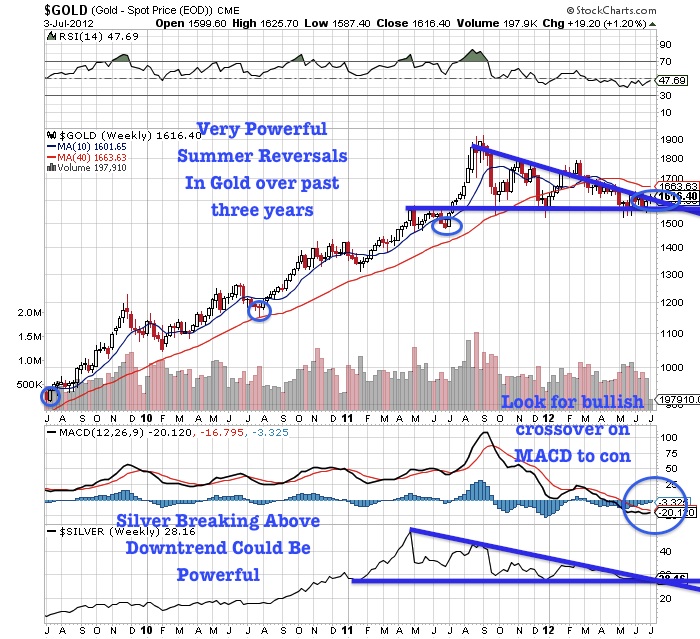