On September 27, I wrote an article mentioning that uranium and molybdenum miners were poised for a breakout. See Finally Time for Caution in Precious Metals.

The primary molybdenum miners, such as Thompson Creek (TC) and General Moly (GMO), are up today on speculation that China will curb molybdenum production as it classifies the metal as a natural resource. General Moly released its earnings today and mentioned that China remains a net importer of 5.5 million pounds year to date. This development will have a huge impact on the global supply of molybdenum as China is the largest producer and supplier of more than one-third of the global supply. These primarily molybdenum producers will receive a premium as molybdenum is usually a byproduct of copper production, which is usually fixed. Primary molybdenum producers will receive a premium for their assets as demand accelerates.

The price of molybdenum is more than 50% off pre-credit crisis highs, yet demand is seriously exceeding supply. China has imposed mining quotas in the past and is expected to curb exports again in 2011. Even though it produces 50% of the world’s steel, China only consumes 30% of the global supply. If it consumes more molybdenum similar to other producers it will demand a much higher amount of imports. It has a need for high-strength steel, which requires molybdenum. China’s recent stimulus, which focussed on infrastructure, requires a large supply of molybdenum as it's needed for bridges, power plants, and pipelines.

This trend has a huge impact on many emerging markets that were relying on the Chinese supply. Korea and Japan are under pressure to find supply for their own needs. Other growing economies that require high-performance steel are going to look for ways to control future supply.

Recently, the Chinese government accelerated and approved funding through Hanlong Investments for General Moly’s Mt. Hope project, accelerating the funding and showing its commitment to the project. Mt. Hope is the largest and highest-grade primarily molybdenum project in development. Shares have soared on the news and the enthusiasm from the government. 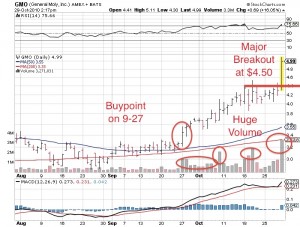 I expect to see more transactions to occur in natural resource stocks in 2011, especially in molybdenum and uranium. Buying these assets provide investors with a hedge against currency devaluation and leverage to emerging-market growth. As many nations will be forced to devalue their currency to increase economic growth, major natural resource assets will gain interest from countries experiencing economic growth. Shareholders in these key junior mining companies that control these world class assets may receive a premium in 2011 and beyond.