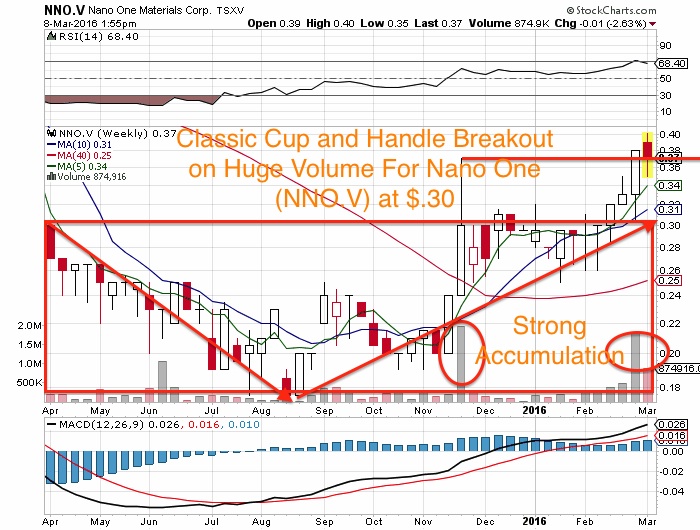 The chart is forming a bullish cup and handle chart with increasing volume.  The company just got a $2 million grant to advance their nano technology on using special cathode materials for lithium ion batteries.  This is no make believe company as it has a great management team behind it with Mr. Matysek and Dr. Campbell.  Dr. Campbell was the principal scientist for Automotive Fuel Cell Cooperation Corp and Ballard Power Systems.  He has over 19 patents to his name and specializes with fuel cells and batteries for the automotive sector.  He led a large research group focused on polymer electrolyte lithium battery materials.

The stock has had so much good news this month and should be higher if it was not for some overhead resistance.  Once that is worked through and as more investors become aware of this unique battery technology story run by the best in the business it could move much higher and breakout.

Look at the recent news this month.  It should start getting recognized by investors so don’t be surprised of a rerating.