Is There Enough Lithium and Graphite to Meet the Increasing Global Demand from Manufacturers? 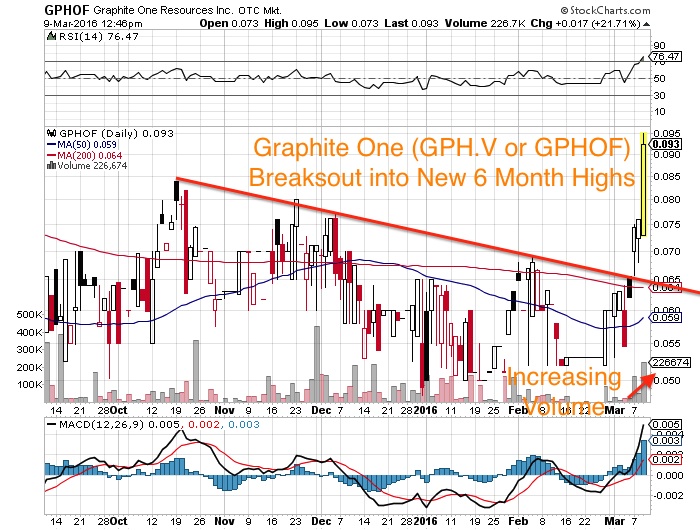 I have been following the blossoming of the lithium boom over the past few years and my readers have seen the huge amount of growth over the past two years.  My readers have followed the stories of top performers such as Western Lithium (WLC.TO or WLCDF) and Pure Energy Minerals (PE.V or HMGLF).  Those two stocks were champions during a brutal bear market in junior miners for good reason.

Investors are growing more convinced about the growth of electric vehicles especially with the popularity of the Tesla (TSLA) brand and enthusiastic leader Elon Musk whose goal is to put 500k electric vehicles on the road by the beginning of the next decade.  Problem for Musk is there isn't enough lithium and graphite right now to fill that demand.

So Tesla has been signing deals with lithium junior miners such as Pure Energy (PE.V or HMGLF) and Bacanora to possibly secure supply and pricing.  Yet graphite has been completely ignored so far.  This should change soon as lithium ion batteries require much more graphite than lithium to operate.

Where will the graphite come from to supply the Lithium Ion Battery Factories being built now?   Synthetic graphite is a possibility but its expensive, dirty and requires fossil fuels to manufacture.  Another possibility which I believe is most rational is securing off take with a junior graphite miner similar to what they did in lithium.  Ideally the should look for large North American assets with the battery grade graphite material.

One that has been my favorite for over a year is Graphite One (GPH.V or GPHOF) that owns America's biggest "large flake" graphite deposit in Alaska with nearby ocean access to Western Coast of US.  Since the Vancouver Resource Show where I highlighted clean energy investments and Graphite One as one of my favorite undervalued graphite picks the stock has risen 64% while the S&P500 has gone up 6%. 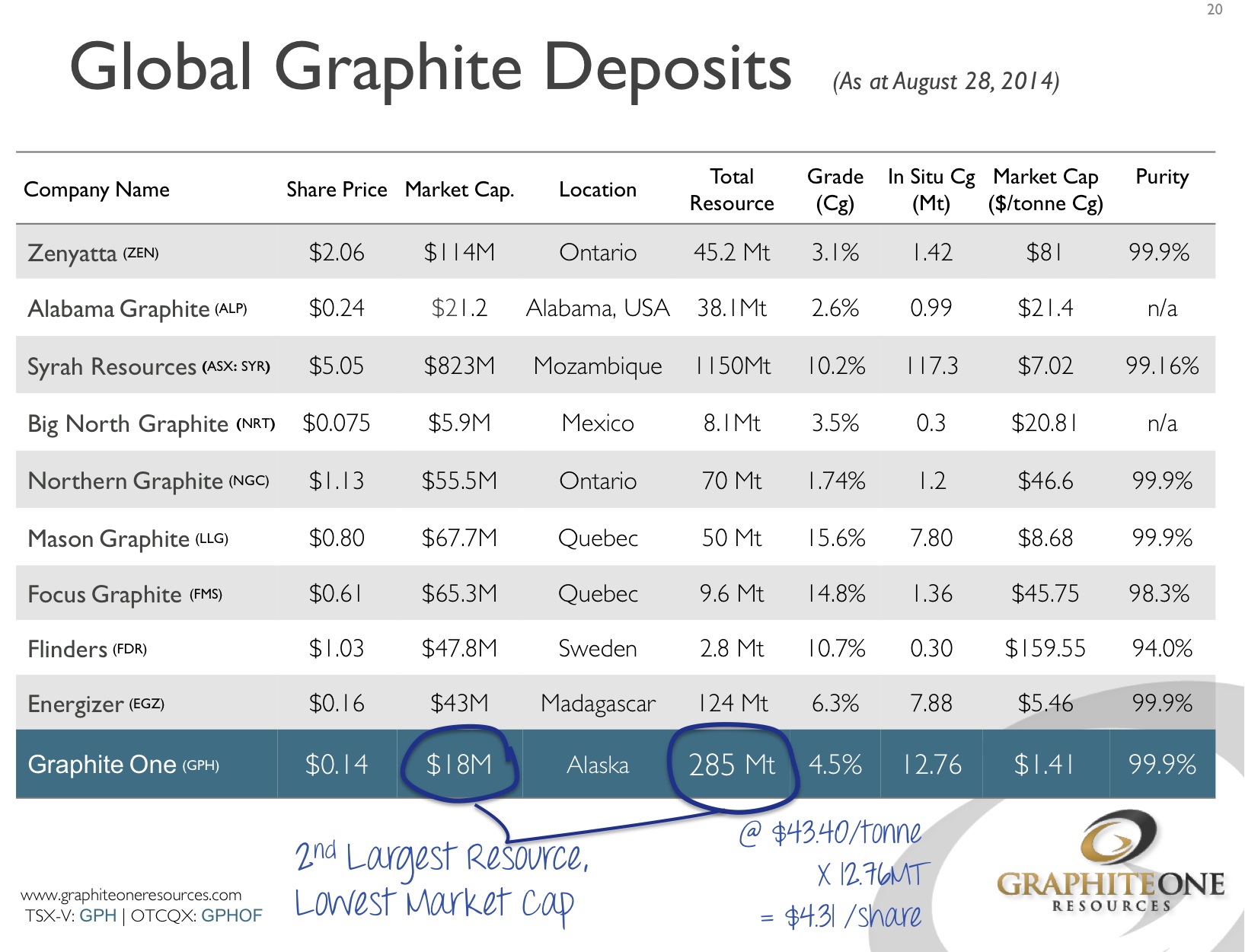 There has been a huge uptick in interest since late January and they just raised some money to complete a Preliminary Economic Assessment.  They are working on producing the battery grade spherical graphite and a Preliminary Economic Assessment due in first half of 2016.  Lots of signs of interest as volume and liquidity has picked up significantly in the past two months.  The stock is breaking into a new six month high on GPHOF at $.08 on over 225k shares which is pretty good on the US side.

I believe the electric vehicle and the lithium ion battery market could be one of the great growth areas over the next 3-5 years.  There will be a few big winners in the lithium space like Western Lithium and Pure Energy and a few winners in graphite like possibly Graphite One (GPH.V or GPHOF).

Disclosure: I own a position in Graphite One and the company is a website sponsor.  Therefore I have a conflict of interest as I could benefit if the share price rises.  Please do your own due diligence as I am not a financial advisor and small cap stocks are very risky.