U.S. stocks are rallying on hopes on some sort of deal coming out of Washington.  Just like we have witnessed over the past several years, lawmakers will come to some sort of last minute deal to kick the debt can down the road.  Over the next week look for some sort of move to avert a default.

The markets could rally short term on such a deal, but over the longer term the equity and housing markets appear to be ready for a major correction after rallying for two years.  We are witnessing bubbles in certain areas of the market which I encourage investors to steer clear from especially banks, housing, social media and biotech as these are very crowded trades filled with promoters, snake oil salesman, charlatans and day traders.

Overbought bubbles end up in devastating losses.  Stay away from high flying stocks and instead focus on value in the mining sector.  Meanwhile, the U.S. government has now been shut down for almost two weeks and may be on the verge of a credit downgrade.  The gridlock is over Obamacare which will cost the U.S another trillion dollars of debt over the next few years.  This will force Bernanke's successor Yellen to continue monetizing the debt through quantitative easing which may be increased over the next few months as unemployment is rising to the highest levels in 2013. 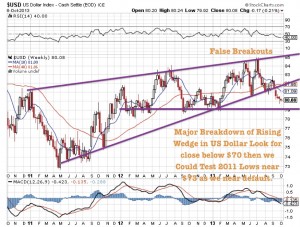 In my opinion, investors should steer clear of real estate as home sales fueled by record low interest rates and hedge funds could slow down.  Interest rates are beginning to rise rapidly despite $85 billion a month of QE.  Unless we see a significant increase of quantitative easing be prepared for a major exodus out of bond funds into real assets in the form of precious metals, commodities, energy and mining stocks.  For over two years, pundits in the media have claimed that the Fed will taper or exit from QE.  This has been wrong.  The Federal Reserve has only increased QE and may consider doing so shortly. 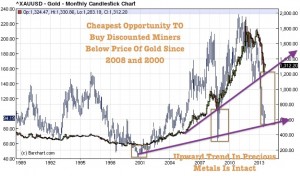 Stick to the beaten down sectors that have been correcting for more than two years and showing historical undervaluations.  Stay away from the overbought financials and housing stocks are in fact at a greater risk of correcting with rising interest rates.

Rising rate environments usually predicts higher commodity prices and inflation.   Historically, it is wise to position oneself into precious metals and commodities when interest and inflationary rate risk are great, yet the masses are still chasing the latest high flying biotech or social media stocks.  I think we could be on the bring of a major spike in interest rates that were manipulated lower for many years.  This could cause a correction in equities and bonds.  Investors may race into precious metals, commodities and mining stocks which are being completely ignored by the public.

A catalyst for this rotation could be caused by a large sovereign nation selling U.S. debt and not finding willing buyers.  We could see increased volatility in the foreign exchange markets, interest rates and commodities due to capital seeking inflationary havens.

The real estate and banking sectors could turn lower quickly with interest rate spikes forcing The Fed to stop all taper talk and possibly increase QE.  The housing numbers and high unemployment shows the economy is still on shaky legs. 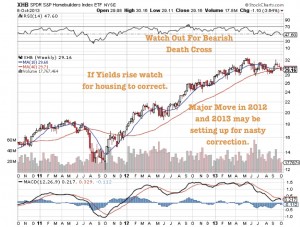 Home sales are a huge part of this recent recovery in equities.  Yields are reaching two year highs and may soon start putting a damper on the sector.  QE is losing its effect on bond yields and we must all prepare for a major move in interest rates.

Be careful if you hold adjustable debt.  Stick to companies with no debt or at least paying down debt with positive cash flows and strong treasuries and shareholder base.

Remember the S&P 500 has made a 150%+ move since early 2009.  When stocks are high and commodities are cheap I favor mining equities as historically high commodity prices follow equity bubbles.  I believe we may be entering a very strong cycle for our wealth in the earth sectors as more savvy investors may capture profits in U.S. equities/housing and begin hedging against inflationary risks by buying mining equities and precious metals.

One excellent company which should be on everyone's radar is Comstock Mining (LODE) who was recently invited to ring the opening bell on the New York Stock Exchange to commemorate one year of gold production in the historic Comstock Mining District.  I was invited to attend and you can see the opening video by clicking here...

Comstock Mining has the who's who list of shareholders and mutual funds such as U.S. Global Investors, Gabelli Funds and Century Management.  Comstock Mining is well capitalized on the premier New York Stock Exchange and is increasing institutional support during a bear market in precious metals.  The company recently announced that they raised $8.6 million for expansion of production and shows that major capital is supporting this operation.

Comstock Mining is significantly outperforming the gold miners index reflecting its outperformance during a challenging precious metals market.  Look for support to hold near lows and an eventual reversal and breakout at $2.25 as it may be forming a bullish reverse head and shoulders pattern. 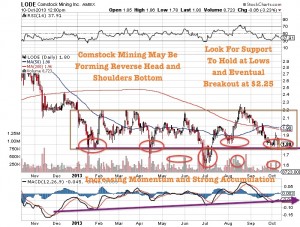 This outperformance during the hard times may forecast its emerging leadership in the gold mining sector as they may be able to sustain increasing production and resource growth with lower cash costs.  Smart investors may just be beginning to realize the potential and growth of this historic mining district which built The West.

Comstock Mining has delineated over 3 million ounces of gold and this is just from a tiny portion of the district.  There are very few companies like Comstock Mining (LODE) growing production, paying down debts and reducing cash costs in the entire industry.

In addition, Comstock Mining has great potential to grow to 40k gold ounces, on its path to 150k ounces with the addition of the Dayton Mine.  Not only should the company be able to produce a potential cash flow, but these funds could possibly sustain major resource growth without having to continue to dilute shareholders by relying solely on the capital markets.  There is great geological potential in this district and I would not be surprised over the next 3-5 years to see this resource expand exponentially both in size and grade.

Recent results show a major increase in production growth both in gold and silver.  The company believes the production figures will increase significantly in the near term.  I have been to the property and Comstock has great infrastructure with lower capital costs than many of the majors.  Cash flow and potential earnings over the next few quarters can possibly make the company self sustainable to drive further exploration and resource growth.

I visited the operation and met with the highly experienced technical team led by some of the mine builders who worked for the majors.  Watch my recent interview with Comstock Mining CEO Corrado De Gasperis where we discuss the opening bell at the NYSE and highly encouraging fundamentals by clicking here... or on the video below.