Just one year after our continual defense of new nuclear energy, recent headlines are confirming our views.  The U.S. is building five new plants, China is going full speed constructing nuclear facilities and Japan is turning back on their reactors.  Mark my words...Germany will follow Japan and turn their reactors on as well.  Buying natural gas from Russia and nuclear power from France is not suitable for a first class industrial nation.  So nuclear now is fast becoming the darling of the media and the long term price is moving higher.

Today we feature a newly formed company with an all star roster roster of proven pros who are suiting up to score one for the home team.  It must be said that post-Fukushima uranium mining was hit by the media with everything including lead filled bats and bean balls.  Now the tide is shifting.

Long ago we had written, “Golly Toto, This Isn’t 1970 Anymore”.  Now nuclear is becoming the latest fashion.  Bill Gates unequivocally stated, “Nuclear energy in terms of an overall safety record, is better than any other energy...natural gas you get some CO2 leakage and any leakage is a dramatic negative.”

Remember, Gates has put his money where his mouth is in creating TerraPower.  Gates is known as a visionary ideologue with a new nuclear paradigm which extrapolates his vision for the personal computer into a new energy horizon of cheaper, cleaner, more compact power generation for the benefit of mankind.

Many months ago we predicted that nuclear would outperform other energy modalities and the general equity markets.  Thus far in 2012, we are witnessing a global market malaise which is allowing long term investors to buy straw hats in the winter.

Enter European Uranium (EUU:TSXV,TGP:Frankfurt) which identifies itself as a “dedicated European uranium development and exploration company that has built a portfolio of outstanding projects in Slovakia, Sweden and Finland at all stages of the exploration/development pipeline.”  The company is selling at what may be a bargain price of $.22 a share.  It is already claiming, “to become...the key uranium company in Europe.”  This might be lofty targets for most companies, but especially one that has newly entered the world bourses.

Listen to my recent conversation with Dusty Nicol, CEO of European Uranium.  Dusty has many decades of experience and is well respected in the mining industry.

In a previous incarnation, they were known as Tournigan Energy, but the company has morphed into a whole new personna through a series of strategic mergers and acquisitions that bring with them their flagship, high grade Kuriskova Uranium Project in Slovakia.

A recently completed Pre-Feasibility Study by Tetra Tech Consultants of Golden, CO demonstrates that Kuriskova could be one of the lowest cost producing uranium mines in the entire world, especially on the European continent which is hungry for product.  Europe has only one currently operating uranium mine in the Czech Republic.  There are 160 reactors with more under construction requiring an additional indigenous source of uranium.  European Uranium’s Kuriskova Project may provide a timely solution.

AREVA, which is the largest nuclear power player and uranium miner in the World has put money and technical expertise into this company and is now represented on European Uranium’s board of directors.  Moreover, the company is well funded with $8.5 million in cash at the end of 2011.  AREVA has learned some valuable lessons.  They ventured into Africa and took a bath.  Perhaps they have decided to stick closer to home as it contributes to European Uranium.

Slovakia is one of the highest per capita consumers of nuclear power in the World.  Over 50% of their electricity is produced by nuclear power.  Kuriskova may be able to furnish all of Slovakia’s uranium needs for the next 30 years instead of being dependent on external sources such as Russia and Kazakistan.  Add to this, Slovakia may be able to export their surplus to other nations in the European Union.

The possibilities may be significant as a new Slovakian Prime Minister has just been elected.  One of his stated goals is to provide a friendly venue to the expansion of homegrown nuclear power in what is a population that requires additional employment.  Slovakia’s infrastructure is first class with modern highways, available labor and power and the mine is located near major manufacturing centers such as US Steel. 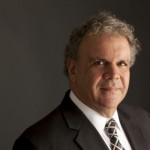 European Uranium has as its President and CEO, a world class geologist who has worked in over 72 countries around the world.  Dusty Nicol brings a vision of specific goals that he is intent on materializing for the benefit of both his company and the people of Slovakia.

It is his stated goal to proceed immediately from the Pre-Feasibility stage into Feasibility and Environmental Approvals.  The Pre-Feasibility emphasizes that the uranium available is high grade and exhibits a small surface footprint at extremely low cash costs.

Beyond these prospects, he foresees an eventual off take agreement or a partnership with the Slovakian People to satisfy the nation’s rising nuclear energy demands.

In conclusion, European Uranium has a number of strategic irons in the fire.  It represents to investors an early bird special available at bargain prices.  As is often the case with emerging companies volume is modest and investors should be careful in placing bids.  As of now the stock has recently hit new 3 year lows, while at the same time management is making impressive internal progress.  Subscribers can buy company stock cheaper than some of the major shareholders including AREVA.

Recently the company intersected double the expected grade in its first of three planned metallurgical drill holes at Kuriskova.

"Kuriskova is recognized as one of the highest grade uranium deposits in the world," said Dorian L. (Dusty) Nicol, European Uranium's president and CEO. "This drill hole confirms the tremendous potential that Kuriskova has to grow beyond its already impressive resource."

Read their recent press release by clicking this link.

Disclosure: European Uranium is a featured company and author and/or family owns shares.