A cheap Euro means better margins for miners.  It accrues to the advantage of nascent companies such as Edgewater Exploration (EDW.V or EDWZF) who is developing their Corcoesto Gold Project in Galicia, Spain.  They recently announced the addition of an experienced mining engineer and finance advisor as they rapidly advance this project into a bankable feasibility study.  The company is significantly undervalued for the asset base they have with their advanced Corcoesto Project in Spain which is currently progressing a bankable feasibility. 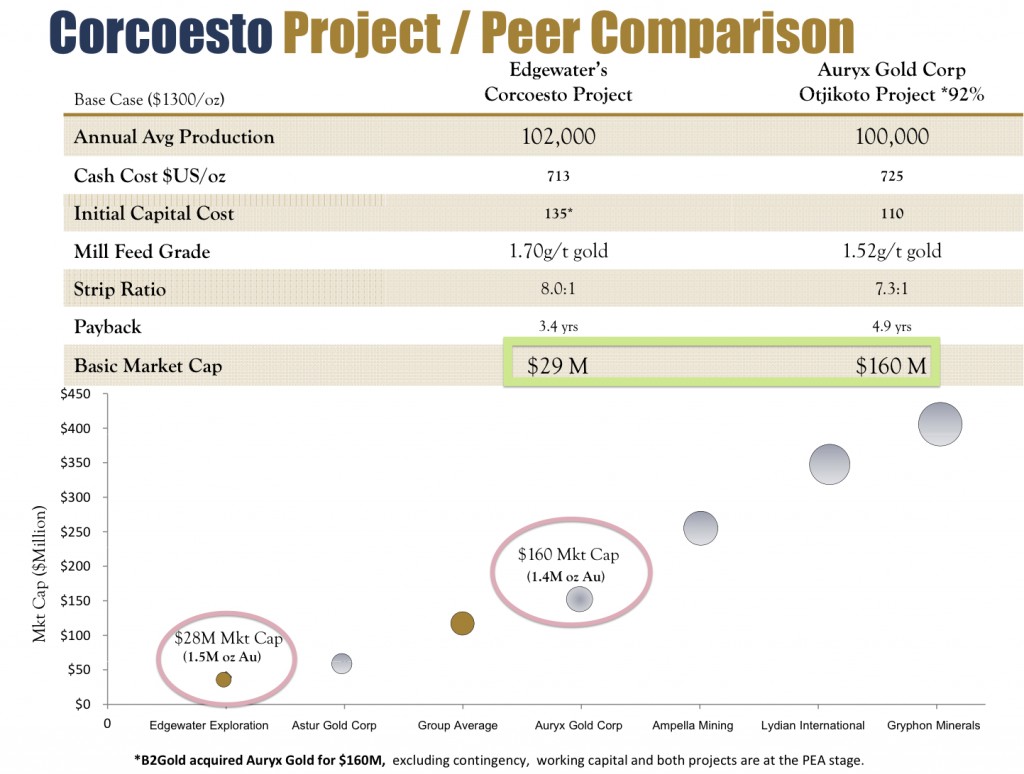 The major miners are looking for economically viable mines capable of profitable development that are moving into the developmental stage.  The big companies are flush with cash and are eager to buy projects at wholesale prices.

The Spanish Government is eager to entertain such deals as it will provide employment for hundreds of workers who are currently unemployed.  Spain has one of the highest unemployment rates on the continent and these kind of liaisons could provide jobs and growth to a nation that urgently needs both.  Corcoesto may soon receive strategic status by the Spanish Government which could significantly accelerate permitting in order to provide jobs to a country which has high unemployment.

George Salamis, President and CEO of Edgewater stated: "The infill drilling program at Corcoesto continues to confirm good continuity and excellent widths in some cases surpassing expectations in grades and widths encountered.

The current phase of drilling will culminate in the tabling of an updated resource estimate during Q3/12 which will form an integral part of the ongoing definitive feasibility study being completed by Tetra Tech.

In conjunction with our project finance advisor, we are finalizing discussions with several financial institutions for the initial project development capital.

The capital requirement will be based on the completion of the feasibility study later this year."

Listen to my recent interview with George Salamis, CEO of Edgewater, where we discuss the recent appointments of an experienced mine engineer and project finance advisor who will help advance this project into production.

Disclosure: Long Edgewater and Edgewater is a GST featured company.

Please do your own due diligence before investing in any stock.