Years ago when Steve Jobs came up with the idea of personal computers for the masses he encountered opposition and discouragement to his vision.  Similarly, Gold Stock Trades has identified new concepts in the rare earths at a nascent state of development that will revolutionize the modern industrial world. 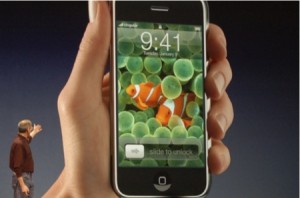 China recognized the potential and importance of the rare earth sector as an emerging concept.  This was in the 1980‘s!  The Chinese were aware even then that there will be a growing need for rare earths in devices that would change the face of modern industry.  Decades ago both Steve Jobs and the Chinese were able to foresee taking the computers of a large room and miniaturizing them for everyday utilization within the palm of your hands.  Visions do become reality, but it takes patience and fortitude despite occasional setbacks. 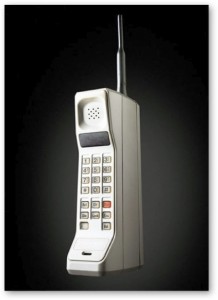 Would the Arab Spring have occurred if it were not for kids with smart phones communicating with each other?  These smart devices envisioned by the early pioneers such as Jobs would only have existed in the fertile brains of a handful of scientists in the absence of rare earths.  What once were huge block long computers in the hands of a few corporations, now are carried in the pockets and purses of the average individual.

Even today the role played by rare earths in these Iphones and Ipads is only beginning to be understood by society.  Sophisticated readers of Gold Stock Trades are well aware of the myriad uses of rare earths without which new concepts from solar panels to wind turbines to portable nuclear reactors to hybrid autos, could not enter current scientific concepts.

Humanity is only now entering a new era, the threshold of ideas that will change daily life as we know it.  This is why investors should take today’s headline in the Wall Street Journal with a grain of dysprosium.  The headline reads, “Rare Earth High Fliers Find Lower Orbit: Now Prices Are Under Pressure”.  The reporter is caught up in the daily need to sell newspapers and fails to have even the faintest concept of the very complexity of the rare earth universe.

Not all rare earths are created equal.  Each element both heavy and light possess idiosyncratic qualities, which have specific uses in today’s world and the universe of the future.

There is an exciting scene in the beginning of the film “2001” where a group of early humans sitting around a camp fire learn how to use their prehensile thumbs for self defense.  In celebration, they throw a bone in the air which morphs into an orbital satellite in a future millennium.  As Columbus could not foresee that his trip from Spain could one day be accomplished in minutes instead of weeks, so man can only begin to dream the limitless potentiality of the human mind.

Steve Jobs was prescient, while his youthful contemporaries in Berkeley were demanding revolution, he saw the hand held computer as the new emancipator.

We can safely conjecture that Jobs could also have seen the Whole Earth catalogue featuring “The Star Child” from The Space Odyssey on its cover.  Jobs quoted the publication at the conclusion of his address at the Stanford Graduation in 1995 where he said, “Stay Hungry...Stay Foolish.”

Stay hungry doesn’t mean to go to a restaurant.  Stay hungry means to develop the mind to its fullest potential.  Stay foolish means possessing the inquisitiveness of the star child in exploring the limitless possibilities of the human adventure.  There is a continuum between the mind of Steve Jobs and the unlimited potential of the rare earths to move man into a future that only a few of us can even begin to perceive.  The Classical Greeks had a saying, “Onward and Upward To The Stars.”

What is the significance of all of this Vonnegut time tripping to GST’s faith in the future possibilities of rare earths?  It is difficult to not get caught up with the daily fluctuations of the marketplace.  Again it is the exciting developments that are yet to take place in the fascinating new world of rare earths.

This is why we continue to explore the development of rare earths and resist being seduced by the daily marketplace which tends to confuse, misdirect and obfuscate.  We are looking for geometric profits in rewards for our patience.  Jobs refused to be swayed by temporary roadblocks in his overall ability for astronomic profits.  This brings us to today, the rare earths are breaking out of bases. 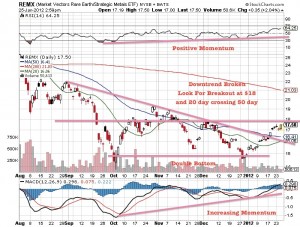 Some of our featured rare earth stocks in our select list such as Ucore (UCU.V) and Tasman (TAS) are making significant progress as they advance into mine development and are just beginning to break out of bases.