Rare Earth Miners: The Most Exciting Sector of Our Time

Sophisticated readers are well aware of the media's tendency to twist the news to fit the fashions of the day. Many members of the press earn their daily bread by manipulating the news with sensational headlines sure to grab readers, but unlikely to thoroughly inform the public on an admittedly complex issue. Bloomberg's recent article by Sonja Elmquist, "Rare Earths Fall as Toyota Uses Alternatives," is characteristically misleading. 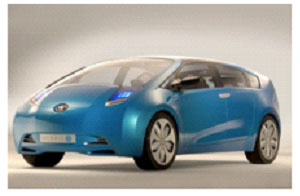 First of all, this reporter fails to differentiate between the light and the heavy rare earths. They are lumped together in a misleading compote. Truth be told, if you open the hood of a Toyota car or truck, about 50 points use dysprosium as a prominent role and it would be next to impossible to economically and effectively replace the size and weight of the car itself. In an age where fuel efficiencyand thus automotive body weightis of vital consideration, substitution for heavy rare earths is close to impossible, and would likely result in an automobile more like a 1970 Buick, a car that was popular when gas was $0.50 a gallon and chrome was as thick as rush-hour traffic.

A bulky, heavy vehicle such as this would fare very poorly in today's efficiency-conscious auto market. Light rare earth elements are commodity driven, and heavy rare earths are largely unique and thus inimitable. The automobile manufacturers depend on heavy rare earths, and the cost of replacement is prohibitive. However, the Japanese must maintain a straight face in this global poker game and fake that they don't need any of the rare earths.

But Japan's latest bluff is just one round in a tournament that has been unfolding for decades. China recognized the emerging importance of the rare earth sector as early as the 1980s, aware even then that need for rare earths would grow along with devices that would change the face of modern industry. Decades ago, both Steve Jobs and the Chinese were able to foresee taking the computers from a large room and miniaturizing them for everyday utilization within the palm of the hand. These smart devices envisioned by the early pioneers such as Jobs would only have existed in the fertile brains of a handful of scientists in the absence of rare earths, which made compact technology and its mass production possible. What once were huge, block-long computers in the hands of a few corporations are now carried in the pockets and purses of the average individual.

Even today, the role played by rare earths in these iPhones and iPads is only beginning to be understood. Sophisticated readers of my newsletter are well aware of the myriad uses of rare earths, without which new concepts from solar panels to wind turbines to portable nuclear reactors to hybrid autos could not have come into being.

Considering the vast and continuing influence these resources exercise on modern life the world over, investors should take a recent Wall Street Journal headline, "Rare Earth High Fliers Find Lower Orbit: Now Prices are Under Pressure," with a grain of dysprosium. A daily headline cannot begin to encapsulate the complexity of the rare earth universe.

The real issue at hand in REE-dependent industries is supply shortages. While alternatives cannot be found for all uses, it is necessary for companies to evaluate their needs and the resulting costs. Because not all rare earths are created equal, it is now necessary to consider the idiosyncratic qualities these different metals carry, and what purpose each serves. Both heavy and light rare earth elements have specific uses, and companies' ability to find alternatives must be determined on a case-by-case basis.

It is difficult to not get caught up with the daily fluctuations of the marketplace. But we must continue to explore the development of rare earths and resist being seduced by alarming media buzz that tends to confuse, misdirect and obfuscate. As investors, we are looking for geometric profits in reward for our patience. Quibblers and naysayers hungry for their 15 minutes of fame will nitpick details in the daily newspapers that next week will be used to wrap fish. To them, we say good luck, but you are missing one of the most exciting sector developments of our time.

For those convinced of the revolutionary power rare earth elements offer, there are many opportunities on the horizon for this sector in flux, some of which do end up making mainstream news. A few days ago, Ucore Rare Metals Inc. (UCU:TSX.V; UURAF:OTCQX) impressed the rare earth sector with a highly favorable metallurgical report. Indeed, the company was informed by Hazen Labs that it could separate 85%90% of the rare earths from the ore. Immediately, other players in the sector issued competitive announcements. However, Ucore maintains sole possession of the most advanced heavy rare earth deposit on United States land. They have already identified an NI 43-101 resource on American territory and not left it to vague hyperbole. Ucore is rapidly advancing with its Preliminary Economic Assessment. Recently, Ucore was mentioned on CNBC as being an attractive takeover candidate for Molycorp Minerals (MCP:NYSE), Lynas Corp. (LYC:ASX) or Great Western Minerals Group Ltd. (GWG:TSX.V; GWMGF:OTCQX). Ucore was also featured in a Businessweek feature article by Daniel Grushkin entitled, "Alaska's Billion Dollar Mine." Little Ucore is at long last hitting mainstream media. We have been singing this particular song for a long time.

Meanwhile, it remains to be seen whether sector giant Molycorp can specify the quality and quantity of the actual heavy rare earths they are going to produce. Molycorp or Lynas might be well advised to acquire a heavy rare earth asset at these low valuation levels in order to present a complete catalogue of rare earths to the investment world. We will all have to watch the headlines to find out.

Gold Stock Trades Editor Jeb Handwerger is a highly sought-after stock analyst who is syndicated internationally and known throughout the financial industry for his accurate and timely analysis of the equities marketsparticularly the precious metals, rare earth and nuclear sector.